How Green Was My Valley; How much of Ford?

If, as Sarris stated, the Auteur Theory is in a “pattern of constant flux,” [1] then it seems rather problematic to use any defined parameters of what constitutes an Auteur to prove the Auteurism of any given director, writer or other film artist or technician.

While on the one hand, a practitioner like Sarris would likely look for similarities amongst Ford’s work to constitute a signature, Wollen would attempt to “reveal [an] author where none had been seen before”[4] by employing a deep textual analysis to identify “defining characteristics of an author’s work [that] are not necessarily those which are most readily apparent,” and while Wollen’s approach is more likely to effectively trace shifts over time in the more complex textual themes of Ford’s work, they still default to identifying these shifts with Ford as an author or defining influence, rather than more overarching cultural tensions, or even the effect of these tensions on Ford himself.

We know that over the course of John Ford’s prolific career, his personal political inclinations shifted significantly, and it is possible that this is reflected in the darkening and maturation of his work.  It’s certainly possible to attribute this shift as a catalyst for his revisionist Westerns.  Though, Foucault might point out there was also a World War and a number of weighty paradigm shifts happening world wide throughout that shift.  Whether Ford’s shift from portraying the “mythology of the American West to portraying the American West as a myth”[5] can be attributed to his personal disillusionment, to the disillusionment of the culture for which he created, to the increasingly complicated and benevolent relationship he had with the Navajo tribe he repeatedly used to portray “Indians” for good or ill in his films, or to the maturity of aging, is impossible to dissect and compartmentalize.

How Green Was My Valley (was certainly steeped in visual and thematic stylizations that a Sarris-level Auteur definition would expect and that are fairly consistent throughout the films that Ford directed.  There was ample screen space afforded to ritual and routine, a plethora of purposely framed symbolic shots, (Mr. Gruffydd framed in a cemetery after Angharad’s wedding) an implied worldview within the performed text that women exist only in relation to men (evidenced by every spoken line by a woman, and reaffirmed by the text ending with the loss of the last adult male) , and a healthy dose of tension between archetypically opposing forces.  (Tradition vs. Modernity, Poverty vs. Dignity) It is certain that both Sarris and Wollen were able to find ample instances to analyze this film as a piece authored by Ford. 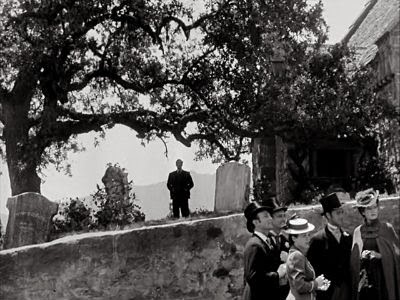 But interestingly, Ford was brought into this project rather last second.  It was initially adapted from the Richard Llewellyn novel by Philip Dunne to be directed by William Wyler as a 4-hour-long epic.  The script was whittled down to include only Huw’s childhood while it was still under Wyler’s hand, and Ford made no notable changes to that script.  The only recorded changes he made to the existing plan were to re-cast Bronwyn and Angharad with 2 of his favorite actresses, and to bring on Arthur Miller as the director of photography.  This potentially complicates the application of the Auteur theory, but possible strengthens Sarris’ incorporeal argument that the temperature of the director on set, or the “élan of his soul” becomes manifest in the completed work.  Beyond his signature applications of mise-en-scene, few of the other tensions and themes consistent with his other work can be directly traced to his post-pre-production work, and if present, must then be attributed to his presence on the set, directing and conversing with the actors and crew. 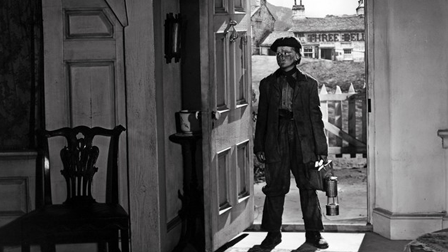 If, in a film like How Green Was My Valley, the Auterism of John Ford managed to be manifest, it is possibly a testament to the more cinematic and less explicable features of the Auteur theory, proving that “ the structure is associated with a single director… not because he has played the role of the artist, expressing himself or his own vision in the film, but because it is through the force of his preoccupations that an unconscious, unintended meaning can be decoded in the film, usually to the surprise of the individual involved.” (Wollen)