What is Media Literacy, Anyway? 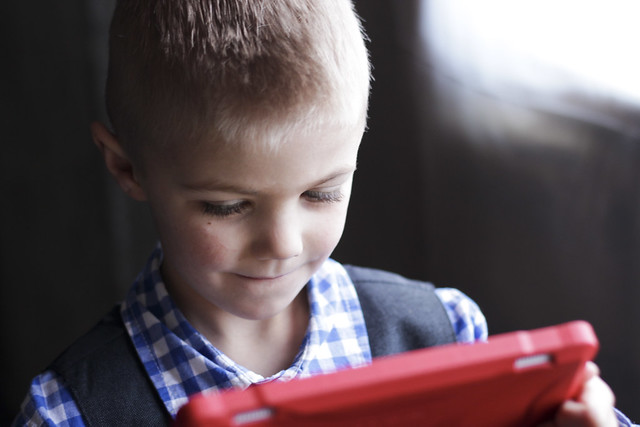 Explaining my Masters Program has never been easy.  Most people have never heard of Media Literacy Education, and very few can imagine what sort of a career I can make of it.  I admit I am still sorting out the career aspect.  Most of my cohort are school teachers who get an extra teaching credential and a pay raise for completing this program.  There are not a lot of non-entrepreneurial options for me besides pursuing a PhD, and that is not an imminent possibility.  I am perpetually exploring my options for part-time work, since raising 4 young children and running a household keeps me plenty busy.  I know I'm in a position of tremendous privilege; to be able to pursue a degree that does not necessarily increase my employment options or job security, but rather to study things that I care deeply about and then work to find a way to implement them into my career track.

According to the National Association for Media Literacy Education (NAMLE), the vision of Media Literacy is to "help individuals of all ages develop the habits of inquiry and skills of expression that they need to be critical thinkers, effective communicators and active citizens in today’s world. They have broken that vision down into 6 key principles (with a number of sub-principles) in a document I've spent way too much time with: the Core Principles of Media Literacy Education.   If I can summarize that with any efficacy (below), then I'll have explained what media literacy is.  One hang-up that I've developed is that despite NAMLE's claim to be concerned with individuals of all ages, they spend nearly all of their resources targeting public K-12 education.  I'm of the opinion that informed and engaged parents and teachers ought hopefully to be helping one another in an attempt to prepare children to engage with the world in constructive ways.  I would like to see NAMLE engage with parents as a doubly-valuable target demographic.  Media literate parents are more likely to raise media-literate children.  This is part of my motivation for studying parents (mothers, in particular) in my masters' thesis.

The first principle of media literacy is that it requires an active inquiry and critical thinking about the messages we receive and create.  Similar to how print literacy involves asking questions about authorship and intent, and arriving at thoughtful conclusions about how one chooses to engage with the text and its ideology. Critical thinking does not mean being cynical or unkind, but involves discernment, and asking lots of questions about where a piece of media is coming from and why it was created.  Critical thinking is best taught by example, and is a difficult habit to teach to individuals  who are more set in their ways and defensive about their media habits.

The second principle of media literacy is that it expands the concept of literacy to include all forms of media, rather than reading and writing (print) only. The easiest way I've found to explain what I study is to suggest that we want to take literacy principles usually applied to literature, and apply them to the entire spectrum of mediums and perspectives that individuals are exposed to.  In our current culture, individuals are experiencing media texts at a rate that dwarfs their exposure to literature.  Equipping people to deal with all that information responsibly and intelligently seems like a pretty prudent move. One of the most integral parts of literacy, is the ability to both analyze and create texts, so teaching the skills needed to experience media creation is a valuable part of media literacy.

The third principle of media literacy is that it should build and reinforce skills in learners, and that the process of doing so requires integrated, interactive, and repeated practice.  This is primarily a pedagogical strategy, but if you dig into the full length document, it points out that neither protectionism (telling students to avoid "bad" media") nor a media-effects approach (protecting people from the effects of media exposure) constitute teaching literacy.  Literacy involves developing skills that help an individual "make informed decisions about time spent using media."

The fourth principle of media literacy is that it develops informed, reflective, and engaged participants essential for a democratic society. Here, NAMLE expresses a concern about recognizing issues of representation and access that affect certain demographics' ability to fully participate in their societies.  As we see an increasing percentage of political and civic engagement occurring online, it's important to teach individuals how to participate in meaningful, respectful, thoughtful ways.

The fifth principle of media literacy is that it recognizes media as a part of culture and as agents of socialization.  Hence NAMLE does not take the position that "media are inconsequential, nor that they are (inherently) a problem."  The problems that media literacy are likely to recognize are illiterate consumption of media, or illiterate or irresponsible production of media.  They see no productivity in lamenting the existence of mediums already adapted by a culture. While NAMLE may not necessarily disagree with Marshall McLuhan's "The Medium is the message" (i.e. that texting as a medium has changed the way we communicate and relate with others with far greater scope than any single text has changed anything), NAMLE does not view mediums as having inherent morality.

The sixth principle of media literacy is that people use their individual skills, beliefs, and experiences to construct their own meanings from media messages.  This is essentially an extension of the idea of viewer phenomenology, and acknowledges that each individual has a unique experience with a given media text.  Thus we cannot make blanket claims about what a film "means" as though it will mean the same thing to every viewer. Nor can we make easy assumptions about what a text "meant" to its author translating directly into the viewer's interpretation of the text.


That's the gist of it, friends.  Or at least the gist of the goals of it.  Interspersed were loads of theory and pedagogy and production exercises.  But if you want to have a healthier relationship with the media in your life (and especially in the life of your family), I'm a good person to have a conversation with.  (Via any of those social media buttons at the top of the right column.) My personal goal is to help entire families have healthier relationships with the media in their lives.
Posted by Em at 3:17 PM