I found it very interesting to ponder Italian Neorealism as an informing influence for Cinéma vérité.  I had not noticed the correlation before, largely because of the intense pessimism that is often inherent in Italian Neorealism, and not as often or as severely so in vérité. 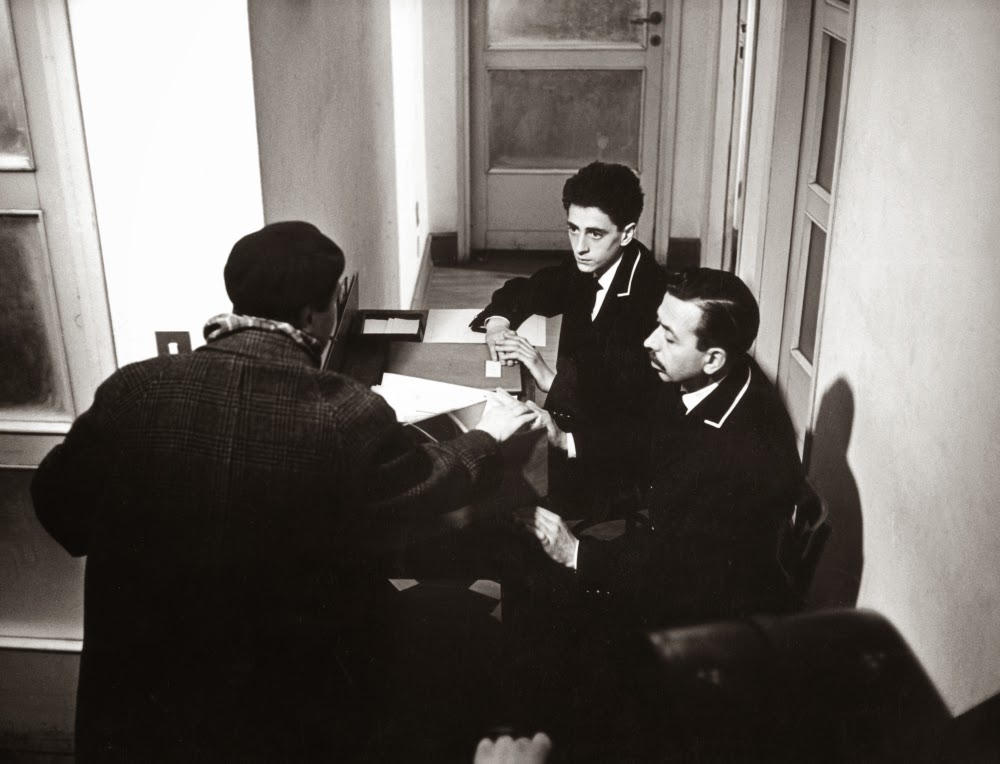 
Interestingly, despite an emphatic shift away from the authorly, poetic, movements that predated them, both neorealism and vérité tend to find their strength in striking, bold imagery, with images that would be impossible to achieve in a more tightly controlled environment or with more cumbersome equipment. The sense of kismet that tends to accompany these images and sequences in vérité renders them all the more memorable.

I am coming to terms with thinking of the observational mode of Cinéma vérité as more of a style of storytelling than as an actual reality in filmmaking.  That it is more that the filmmaker wants to create the impression of having been an invisible, detached observer, than that they actually managed to be one. In this context, the stylistic choices like a lack of voiceover narration, the use of handheld equipment, and longer takes allowing for more spontaneous dialogue by and between social actors contribute to a distinct type of storytelling that strives to create an effect of fidelity to lived events and historicity. I really want to know what happens when Observational/Cinéma vérité filmmakers have long conversations with cultural studies scholars (like Raymond Williams, discussing the elusiveness of capturing the "structure of feeling" of anyone's lived reality and the repercussions of the selective traditions that form, determining which elements of any lived realities will be remembered and ultimately become historically representative of that cultural moment in history.)

Nichol's extensive collection of ethical questions for documentary filmmakers seems especially relevant for Cinéma vérité practitioners, who usually strive to make their voice in a film invisible, as though the story was telling itself, and as though the viewer's experience with the film were somehow an abbreviated, but comprehensive substitute for having actually been present for the events portrayed. If it's not going to be obvious to viewers that a film represents one person's perspective on what happened, then the one person who's unique experience is shaping the film has an added measure of culpability if the ethics of their filmmaking come into question.

The films we watched in class for Observational Mode (Lonely Boy (1962), Primary (1960), and The War Room (1993) were all interesting for pondering the ethics discussed by Nichols. The not-entirely flattering depiction of Paul Anka's agent in Lonely Boy, for example, provides a distinct example of choices made by the filmmaker (in editing, largely) that dramatically affect the way one person is portrayed. 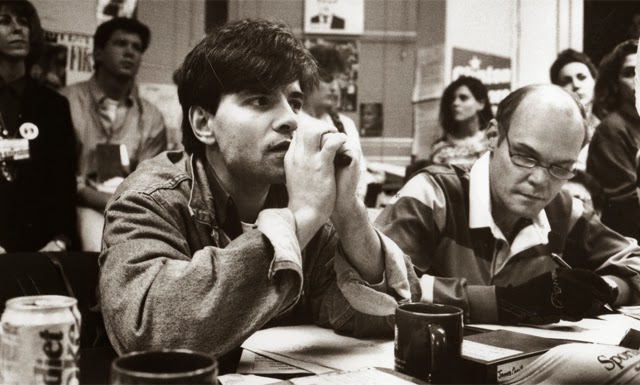 Interestingly, the same is true about the rather sympathetic portrayals of James Carville and George Stephanopoulos in The War Room.  Certainly the footage was compiled and juxtaposed in a way that rendered those two persons more interesting and relatable than they could have otherwise come off, while other individuals, who were largely occupying the same space at the same time, become almost invisible in the film; proof of the subjectivity of the camera.
Posted by Em at 12:41 AM